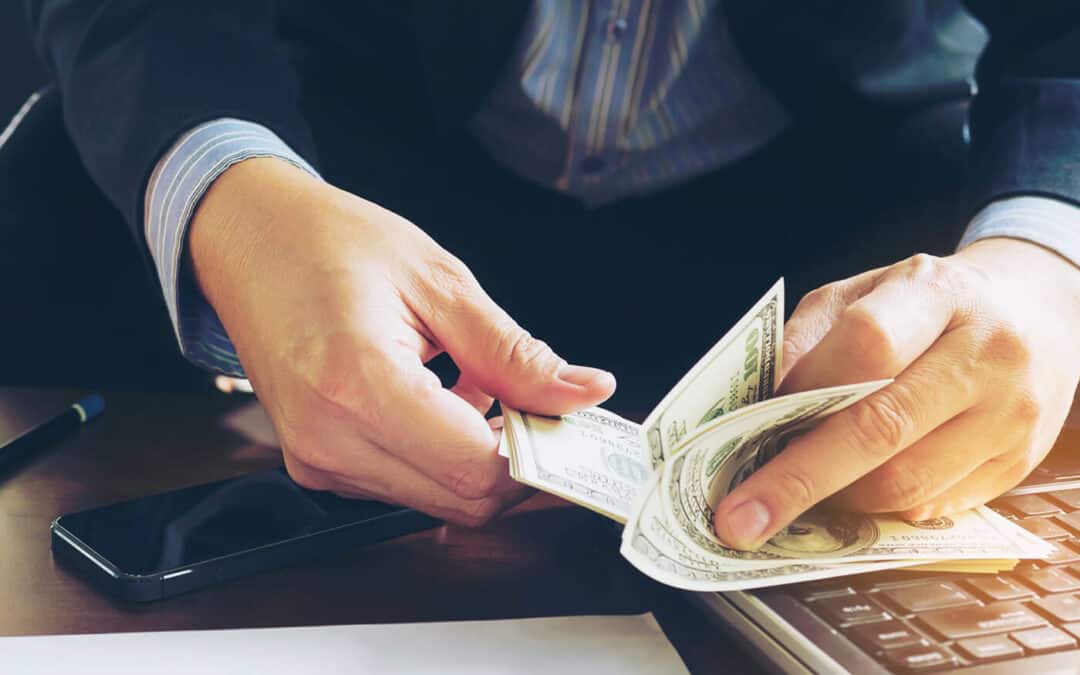 Borrowing is a common practice among governments, businesses, and consumers. In fact, never in the history of humanity has global debt been this high.

Few people realize that credit hasn’t always been as popular as it is today. Despite its present ubiquity, I dare to predict that its prevalence will decrease as the digital era opens easier, cheaper and safer ways for businesses to free up cash.

Let’s start with a brief look back at history. In his bestseller Sapiens, Yuval Noah Harari describes how borrowing money was nearly impossible for most of human history.

The author uses the example of a would-be entrepreneur, Jane McDoughnut, who wants to build a bakery, but doesn’t have the 1 million dollars she needs to launch it. In modern times, banks are happy to provide this amount of money if you can make a plausible case that you can earn it back, which is called a business plan. You get 1 million dollars now, and you pay the bank 1 million plus interest in a few years.

Before the modern era, this ability was limited. In most cases, money could only represent goods that actually existed in the present. This imposed a severe limitation on growth since it made it very hard to finance new enterprises.

Jane McDoughnut, for example, would never be able to start a new business if she didn’t already have 1 million dollars in the bank.

Humankind was trapped in this predicament for thousands of years. As a result, economies remained frozen. Only in the modern era was a path out of the quagmire discovered, with the appearance of a new system based on trust in the future. In it, people agreed to represent imaginary goods – goods that do not exist in the present – with a special kind of money they called ‘credit.’

Credit, Hariri argues, is only possible in the assumption that an economy will grow; the interest you pay represents the growth of the economy in the time between the moment the money is borrowed to the moment you pay it back.

If the global pie stayed the same size, there was no margin for credit. Credit is the difference between today’s pie and tomorrow’s pie. If the pie remains the same, why extend credit?

The engine behind economic growth

If you look at it this way, credit is a marvelous invention that has been the engine behind economic growth since (approximately) the late-18th century. It makes sense: without the ability to lend money, no single entrepreneur could start their own business unless they had a lot of cash in the bank already.

Once, even such a mundane thing as credit card was a utopia: In 1888, an American author Edward Bellamy in his novel Looking Backward, 2000-1887 about time travel and perfect future wrote that “credit corresponding to his share of the annual product of the nation is given to every citizen on the public books at the beginning of each year”. Now more than 70% of Americans have this once utopian credit card. There are more than a 1,000 m — credit cards in the country with an overall credit card debt of about 0.85 trillion USD.

Not only in the US, but globally debt is at an all-time high. According to Bloomberg, global debt reaches nearly 250 trillion USD, which is three times the size of the global economy. Credit is second nature to both businesses, governments, and consumers, so much so that we should ask ourselves: to what extent is this a desirable situation? Does all this credit still represent actual money that will be paid back one day? Or are we borrowing money for the sake of it?

For business owners, borrowing money is often a way to get access to short-term liquidity. You need extra cash to pay for an investment that will enable your company’s future growth. As explained by Hariri, we’ve accepted that it’s perfect economic sense to leverage future earnings to get access to cash today.

We see a paradigm shift, however. Instead of borrowing the money that you are going to earn tomorrow, why get cash today from the revenue that you have already earned? From a business perspective, factoring can make much more sense than credit. You don’t have to tap into funds that you haven’t received yet. You can get immediate liquidity from invoices that you’ve already earned.

Credit has helped the economy grow, but it’s not the only tool or even the best tool. Yet, most businesses treat it as the default option. We believe that the first place to find ready cash is by converting existing invoices, not by borrowing money from your future self. Thanks to technology such as our platform, the cost of factoring have never been so low, and the ease has never been so high.